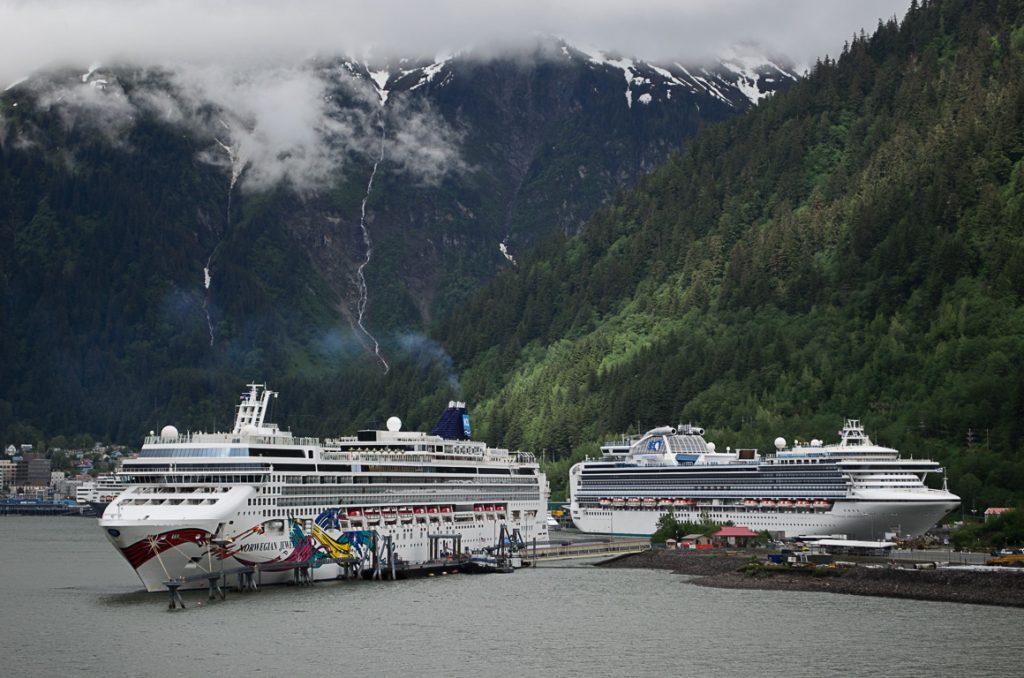 Over 50 people across Juneau from various neighborhood associations met to discuss the impact of tourism on the community. This was prompted by plans for a new private dock to be built downtown by Norwegian Cruise Line.

Top of the list at the discussion was concerns over traffic and pollution. In the summer Juneau is brimming with tourists and buses which at times inconveniences residents. A city task force was formed this fall to explore the possibility of putting a cap on the number of cruise ships or passengers that visit Juneau among other issues. This was in response to Norwegian Cruise Line announcing its intention to build another cruise ship dock at the waterfront downtown. All the concerns raised at the meeting would be forwarded to the city task force. Executive Vice President for Norwegian Howard Sherman said on Thursday, “we’re not planning to build anything bigger than a spot for one cruise ship”, expressing that the company had no intention of bringing more ships or passengers to Juneau. A public testimony will be held at City Hall on January 11 and January 16 in order for the community to express their views on this issue.